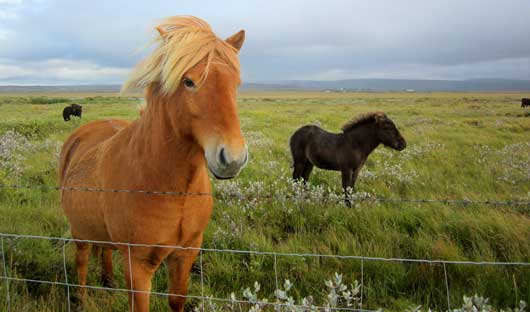 National Geographic Explorer was completely redesigned and rebuilt prior to being relaunched in 2008. The ship is equipped with an ice-strengthened hull and advanced navigation equipment making it ideal for Antarctic expeditions, and offers a well-appointed interior with vast expanses of glass for an unprecedented connection to the regions explored. The Explorer accommodates guests in 81 spacious outside cabins, most with feature windows and some with balconies. Public areas include a lounge and bar, a spa, fitness centre and sauna, and a choice of dining options that offer regionally inspired cuisine. 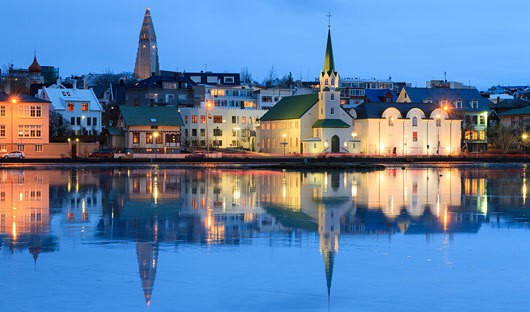 Arrive in Reykjavík, Iceland, the world’s northernmost capital city, which lies only slightly below the Arctic Circle and receives just four hours of sunlight in winter and 22 in summer. Enjoy a guided overview of the Old Town, including Hallgrímskirkja Cathedral with its 210-foot tower, and perhaps shed some light on Nordic culture at the National Museum, with its Viking treasures and artifacts, and unusual whalebone carvings on display. Embark National Geographic Explorer. 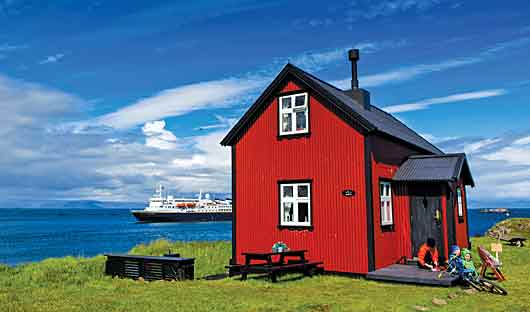 Explore Iceland’s western frontier, cruising past the towering Látrabjarg cliffs, the westernmost point of Iceland and home to a huge population of razorbills. The cliffs are an area once famous for egg collecting; the men were tied to ropes and lowered like spiders down onto the ledges. Continue on to Flatey Island, a trading post for many centuries, and enjoy a walk around the charming little hamlet. Take a Zodiac cruise along the coast. 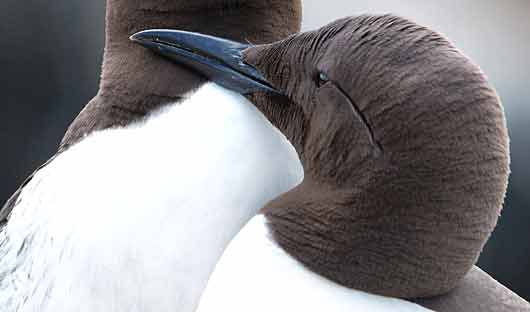 Explore the beautiful Westfjords region of Iceland. Here you can take a hike to a remote waterfall or cruise in a Zodiac alongside bird-covered cliffs. Enter Ísafjarðardjúp and land at Vigur Island to visit the Eider Farm and view the down cleaning process. 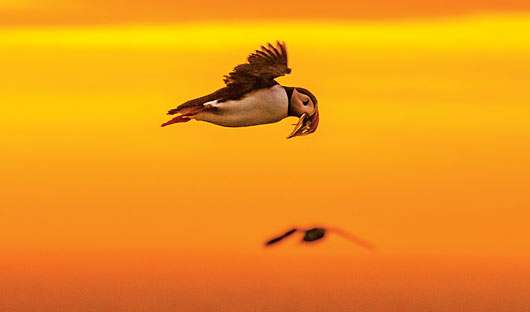 Located in the Westfjords, Ísafjördur is surrounded by water on three sides, sculpted by glaciers. Explore Iceland’s northernmost peninsula Hornstrandir,  by Zodiac and watch for seabirds such as puffins, guillemots, razorbills, and kittiwakes, and bask in nearly 24 hours of daylight. 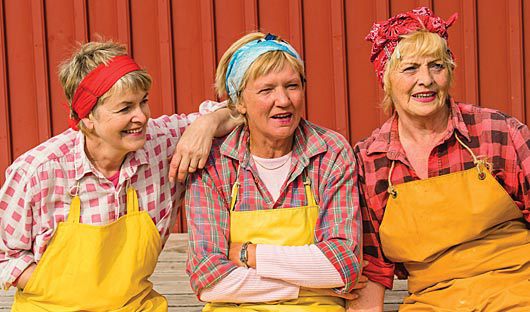 Siglufjördur was the center of Iceland’s once-thriving herring industry. Here you can visit the Herring Museum for a re-enactment and a tasting. Continue to picturesque Akureyri, with a backdrop of snow-capped mountains. Explore the old town which features beautifully maintained period houses, or visit the botanical garden. 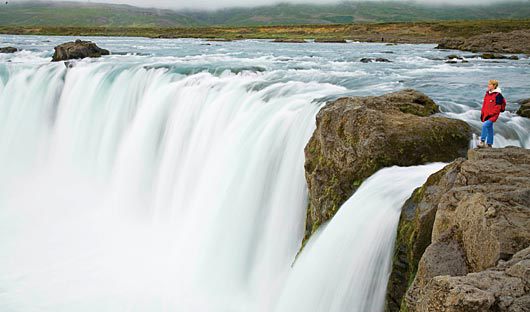 Drive to Mývatn, the most geologically active area in Iceland. See the bizarre mud pools at Hverarönd which are so hot they actually bubble. At the Krafla geothermal area see the explosion crater at Viti and continue to an unforgettable sight: Godafoss, the waterfall of the gods. Meet the ship in Húsavík, and keep your eyes on the water watching for whales as we sail north to the land of the midnight sun. Board the Zodiacs for a visit ashore to the tiny island of Grimsey, which lies exactly on the Arctic Circle. Here you can celebrate being officially in the Arctic. Here you will be in the company of nesting arctic terns, fulmars, and puffins in burrows, all bathing, courting and fishing. 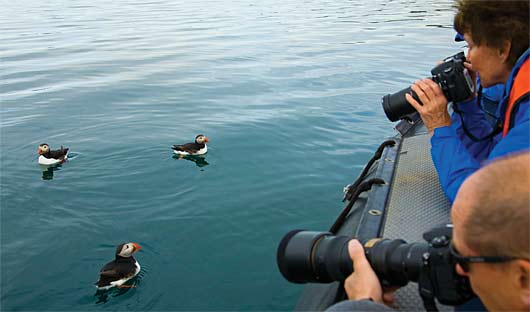 Spend today exploring Iceland’s rarely visited east coast. Take a Zodiac cruise along the rugged shoreline or perhaps join the onboard naturalists for a hike. If weather permits you can also take this opportunity to kayak along the bottom of the steep cliffs. 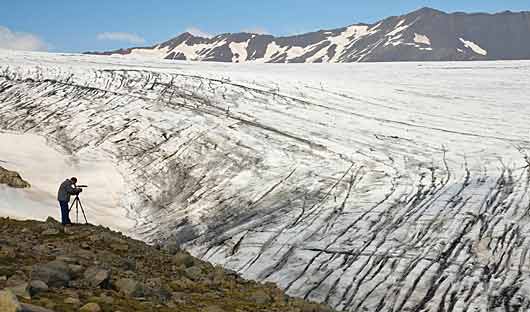 Today you will explore the vast Vatnajökull icecap. You can also add to the adventure a ride on a snowmobile or super jeep adventure. Take a small boat up close to the deep blue icebergs of the large ice lagoon of Jökulsárlón. 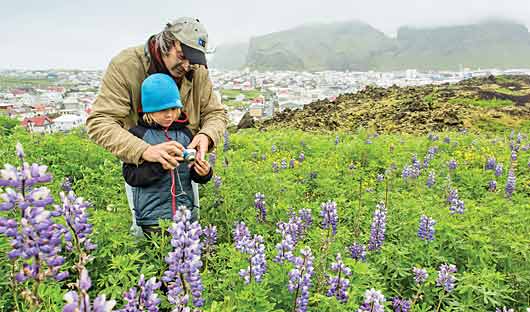 The Westman Islands were formed by undersea volcanoes between 5,000 and 10,000 years ago and are among the youngest of the world’s archipelagos. In 1963, the world witnessed on film the birth of its newest island, Surtsey, a UNESCO World Heritage Site, which you will see as you cruise past the coast. In 1973, Heimaey was threatened by lava flows that nearly closed off its harbor. Now you can visit the crater, where the earth is still hot, and have amazing views of areas that had been engulfed by lava. 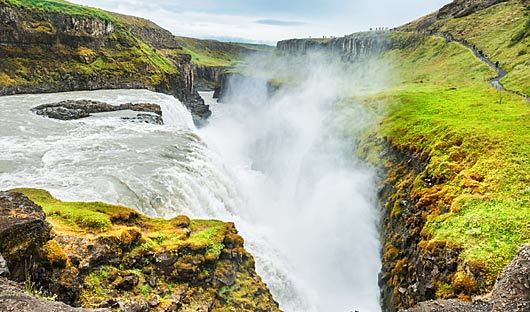 Today you will arrive back in Reykjavik after completing the circumnavigation of Iceland. Spend the day enjoying the Blue Lagoon thermal baths or visit some local hot springs. You also have the option to visit the geothermal power plant and a horse farm before heading to the airport for your flight home.