An amazing voyage to the Russian Far East, visiting many remote communities and encountering some wonderful wildlife including; brown bears, Steller’s Eagle, Steller’s Fur seal, tufted and horned Puffins and many species of whale. 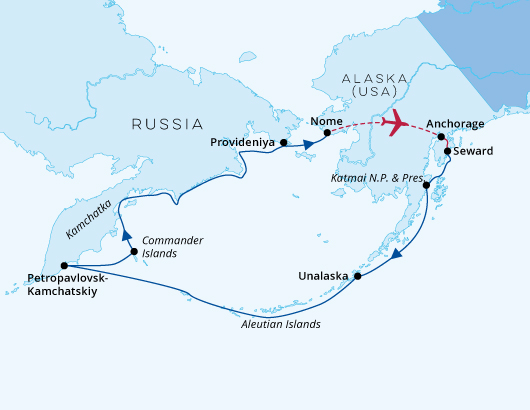 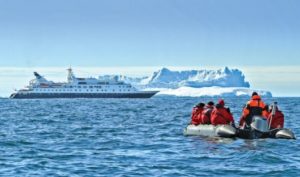 National Geographic Orion is a modern, elegant ship with an intimate ambiance. She is perfectly suited to luxury Arctic cruising. The window-lined main lounge and library offer spectacular views while the expedition community are gathered each evening for cocktails and a recap of the day’s activities. High atop the vessel, the cosy observation lounge is ideal for taking in the 270º views, or you might choose to brave the outdoor bar (with ambient heaters) on the same deck. The 53 cabins accommodate 102 guests and all are exterior, with most featuring picture windows that connect you with the incredible Arctic landscapes of the Russian Far East. 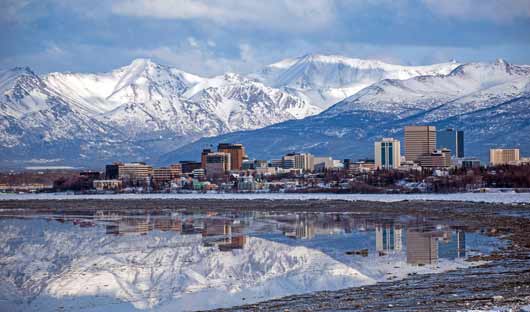 Arrive in Anchorage and transfer to Seward, where we embark the National Geographic Orion.

Enjoy two full days to explore the shores of Katmai National Park & Preserve, home to one of the largest concentrations of brown bears in the world. Watch the resident grizzlies fish for salmon, and board a kayak or Zodiac to explore the park’s wildlife-rich inlets, including Geographic Harbor and Kukak Bay. 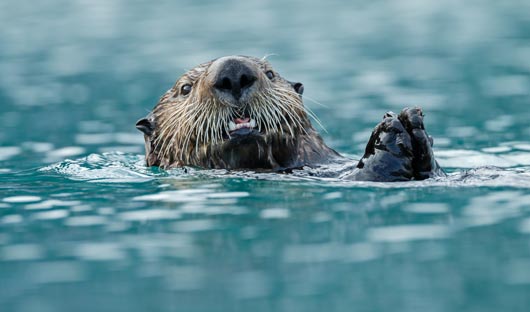 Watch from on deck as our ship transits Baby Pass en route to the Baby Islands. Dynamic tides here offer the chance to spot sea otters and fur seals, as well as rare seabirds. Arrive at Dutch Harbor in the city of Unalaska—site of a Japanese air attack during World War II, and now an important fishing port for crab, salmon, and a host of other species. 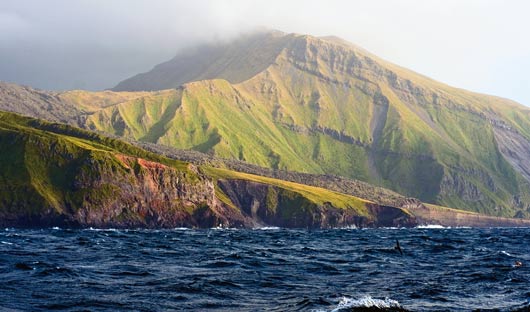 Spend the next several days discovering the Aleutian Islands, a super-chain of rugged volcanic isles that span roughly 1,200 miles, separating the North Pacific Ocean from the Bering Sea. Cruise past some of the many active volcanoes that form the Ring of Fire’s concave northern rim, and seek out diverse marine life, including northern fur seals, Steller’s sea lions, and multiples whale species. By special permission, disembark to visit the uninhabited isles of Kiska and Attu, both of which were occupied by Japanese forces during World War II. See rusted out war relics and shipwrecks, as well as craters left by Allied bombing campaigns. These islands are also home to large colonies of least, whiskered, and crested auklets and red-faced and pelagic cormorants. 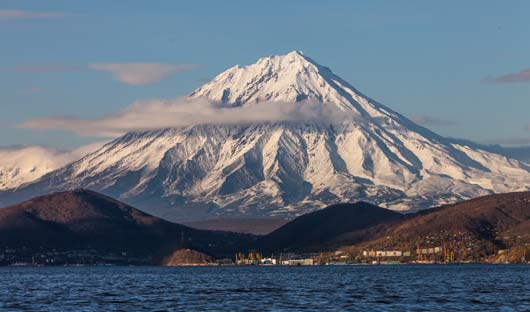 Cross the international date line and sail into Avacha Bay, the sea gate to Russia’s Kamchatka peninsula. Visit the port town of Petropavlovsk-Kamchatskiy, framed by a trio of soaring snow-capped volcanoes: Koryaksky, Avachinsky, and Kozelsky. The next day, continue north and head inland along the pristine Zhupanova River, teeming with rainbow trout, salmon, and char. As we glide along the lower portion of this 100-mile-long waterway, seek out massive Steller’s sea eagles, as well as spotted seals hauled out on the sandbars. 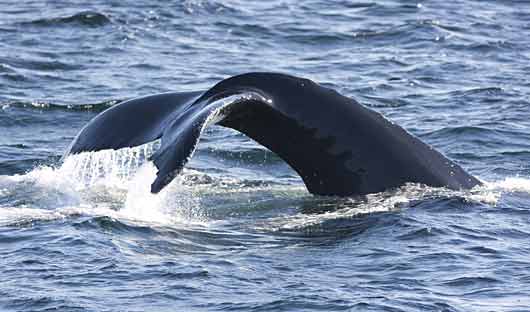 Over the next several days, we’ll make our way up the seldom-visited Bering Sea coasts of Kamchatka and Chukotka, in the Russian Far East. Hike between secluded bays, surrounded by volcanic mountains and tundra flora. Photograph brown bears fishing, Pacific walruses feeding, and three species of seals in onshore rookeries. Learn about the local Koryak reindeer-herding culture during a visit to either Tymlat or Ossora village. 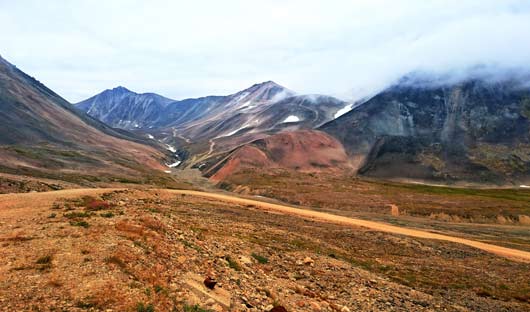 At the western edge of the rich transboundary area known as Beringia, Provideniya is known as “The Gateway to the Arctic.” Visit the local museum, and witness a traditional Yupik dance performance. The next day, we’ll cross the legendary Bering Strait en route to our disembarkation point of Nome. 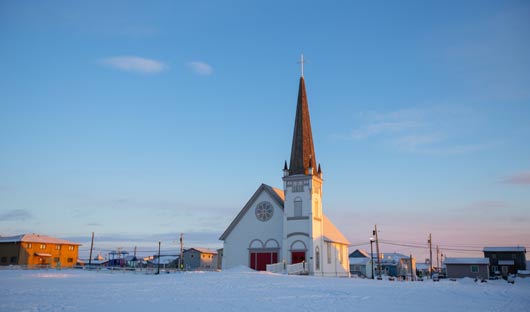 Fly from Nome to Anchorage and catch your flight home.