07 Feb Wildlife of the High Arctic

Wildlife of the High Arctic

The wildlife of the Arctic is incredibly diverse; from a 100g Arctic Tern to a 500kg polar bear, much of it is unique to the region. Take a look at what you can expect to see in this remote wilderness. 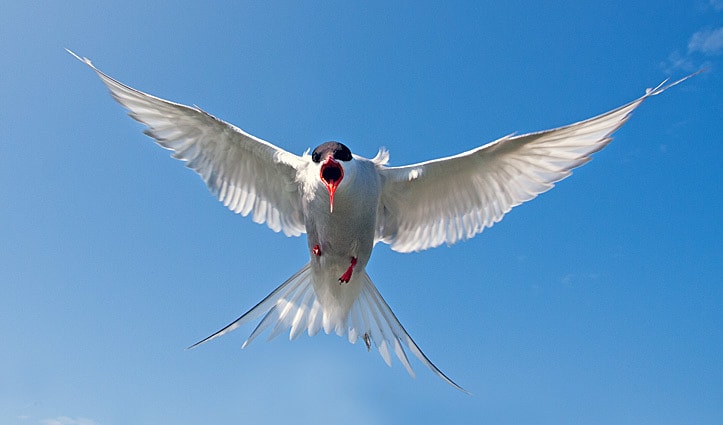 What the Arctic Tern lacks in size it makes up for in attitude; get too close to a nest and you’ll find out what I mean. This tiny bird is a world-leader when it comes to distances travelled during its migration, approximately 70,000 km each year – after the short Arctic summer it migrates South to Antarctica. 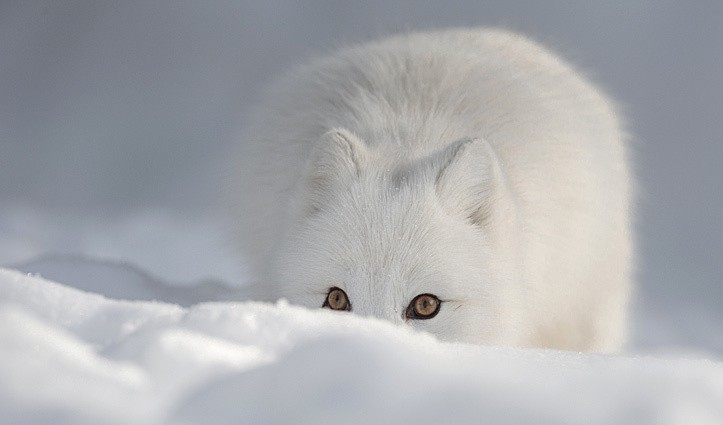 During winter the Arctic fox turns snowy white to blend in with its surroundings, as the snow melts the foxes coat slowly changes brown to match the colours of the tundra. The Arctic fox is found in Greenland, Canada, , Russia, Spitsbergen (Norway) and Iceland. 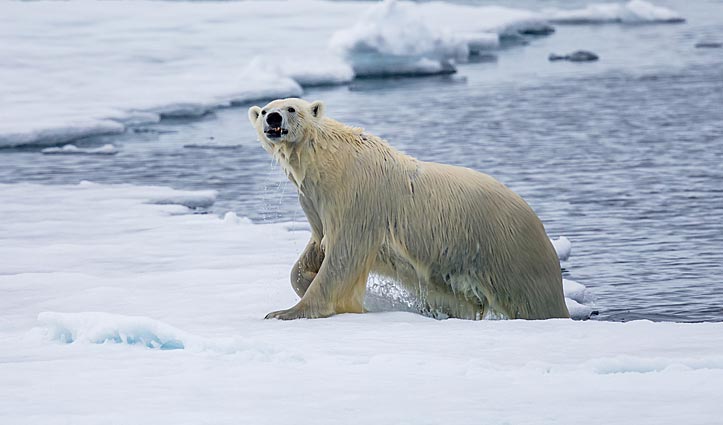 Polar bears are uniquely suited to the harsh conditions of the arctic. Thick fur covers their bodies and feet for warmth and traction on the ice, a layer of blubber beneath their fur provides buoyancy and insulation, a long neck and narrow skull make the bear streamlined in the water where large oar like paws make them excellent  swimmers.  Its latin name Ursus Maritimus (Sea Bear) gives an idea as to just how much the polar bear is at home in the water – there are records of them swimming as far as Iceland.  Baffin Island, Spitsbergen and Franz Josef Land all have healthy populations. 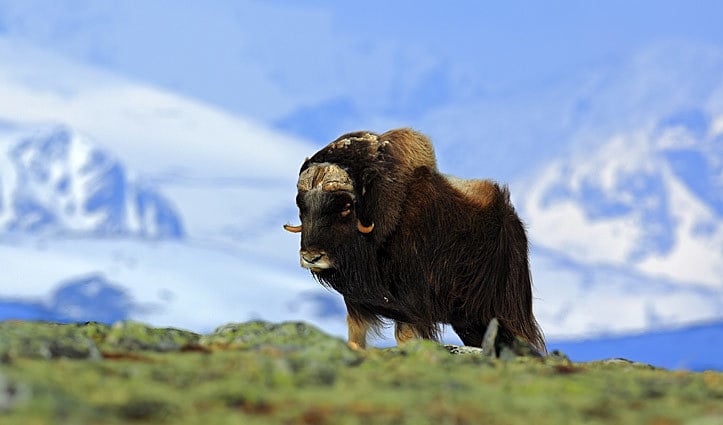 Musk Ox live on the Arctic tundra eating mainly moss, roots and plants and can break through ice with their strong hooves to get to water and food. Their thick coats keep them well insulated for the harsh conditions.  Musk Ox date back thousands of years to the Ice Age where they walked the earth alongside woolly mammoths but are now found mainly in the Canadian Arctic and Greenland.

Puffins are small sea birds with incredibly colourful bills.  In search of food they can dive as deep as 60m. Puffins spend most of the year on the open ocean only coming ashore to breed.  As with all members of the Auk family they are efficient swimmers swim using their wings as flippers – unlike penguins they have retained the ability to fly. 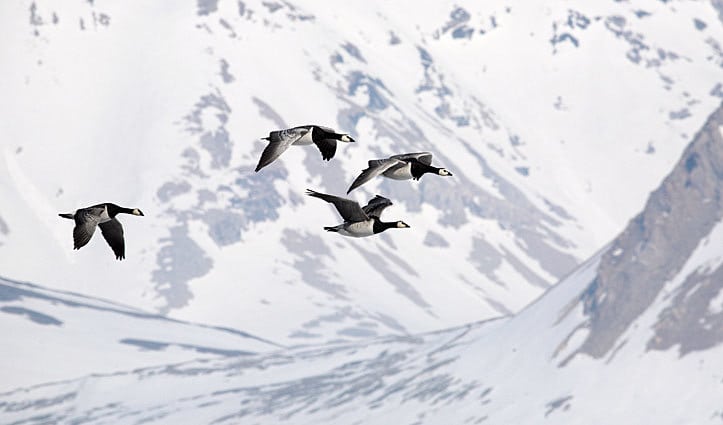 The Canada Goose is native to North America. It is well known for its flying in a v formation and they feed on aquatic plants, grass and sometimes small aquatic creatures. 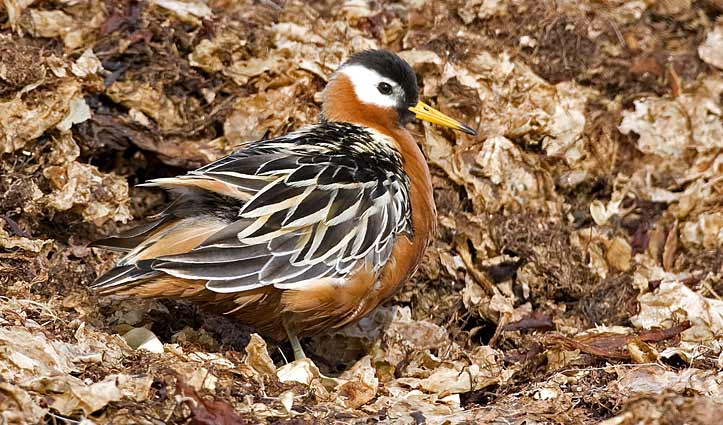 The red phalarope spends 11 months of the year at sea.  The female is larger than the male and more vibrantly coloured during the mating season.  When feeding you’ll see them spinning in circles as they pluck small invertebrates from close to the surface of the water. 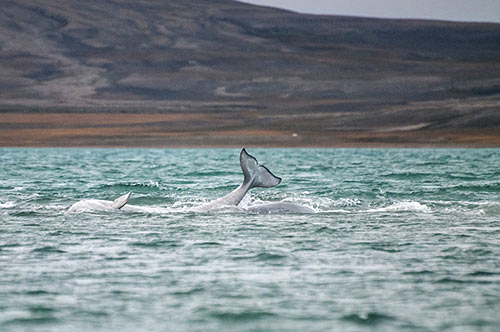 Beluga whales are the smallest of the whale species reaching between 4-6m in length.  They are easily recognised white skin and round bulbous forehead. They are also known as ‘canaries of the sea’ due to the their vocalizations a series of squeaks, chirps and whistles.  They are found all through High Arctic; around Baffin Island, Spitsbergen and Franz Josef Land. 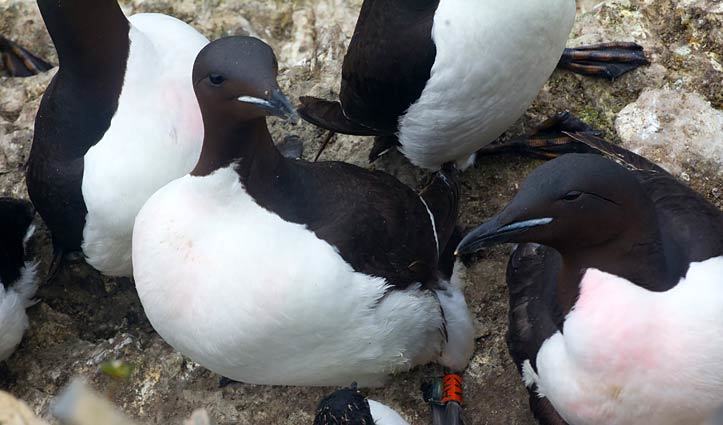 Penguins with wings.  The guillemot is the largest of the auk species and can dive to incredible depths (150m) more often fishing at a depth of between 20-30m.  Also know as Murres, guillemots are found nesting on sheer cliffs in colonies numbering tens of thousands of birds.
At three weeks of age Brunnich’s guillemot chicks jump from their nest ledge (well before they have fledged), hopefully gliding out to sea (those that don’t make it will often fall prey to waiting Arctic fox) where the male takes over parenting and feeds the chicks at sea until they can look after themselves. 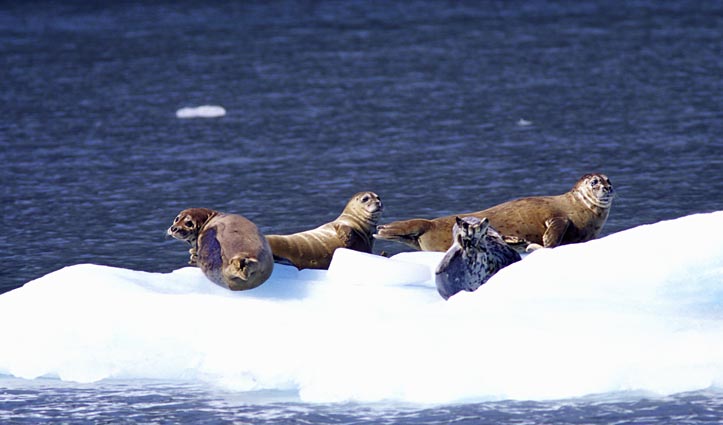 Generally bottom feeders the bearded seal feeds on prawns, crabs, clams and welks. They will occasionally prey on fish such as cod and sculpin. They can grow up to a length of 2.7m and weigh as much as 340kg. 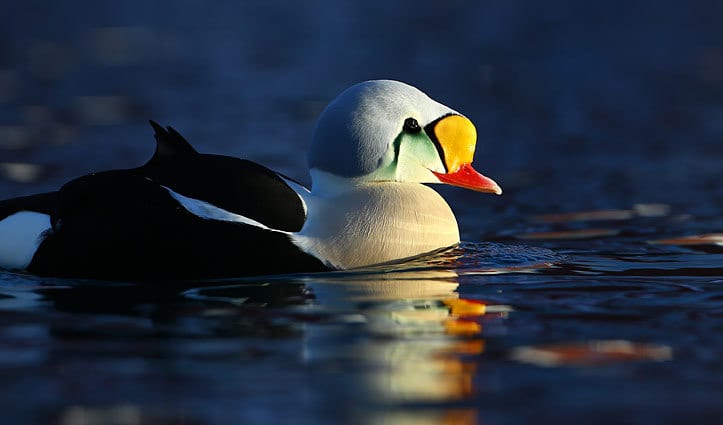 Possibly the most beautiful bird in the high Arctic. The king eider is a large diving duck with a black body and striking orange and red bill.  Its close relative the Eider duck is more common; it’s the down of these birds that used to fill ‘eider downs’; collected from their nest that is lined with the feather from the female eider duck – warm enough that the birds can leave the nest with the eggs covered with down. 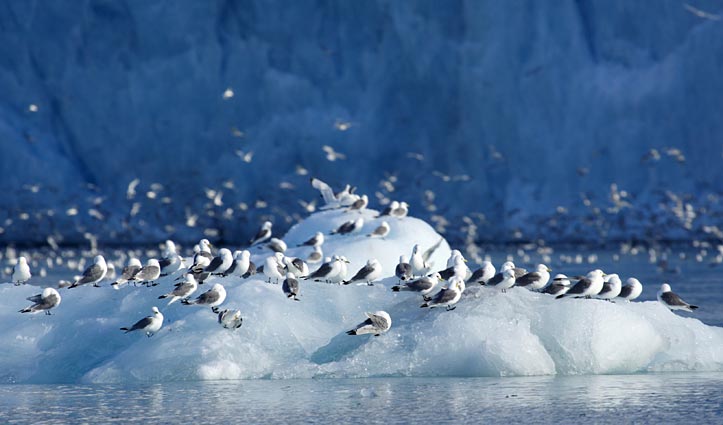 The black-legged-kittiwake is a small gull. A full grown adult can grow to 41cm and the wingspan 105cm.  They are found living in large colonies throughout Spitsbergen and Baffin Island. 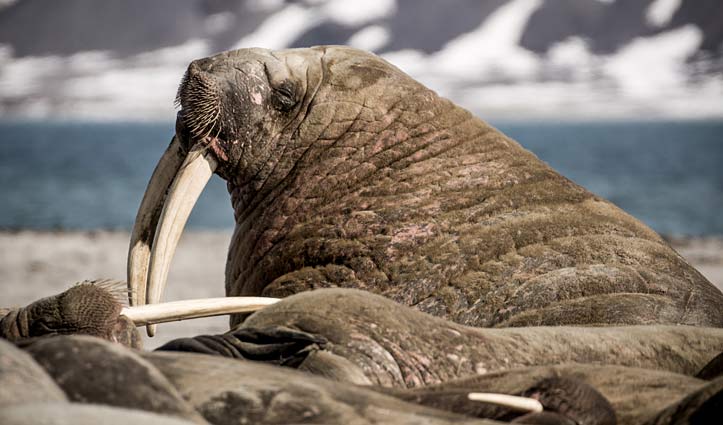 Walruses are large marine animals that can weigh up to 1.8kg. The scientific name is Odobenus Rosmarus which is latin for tooth walking sea horse. A walrus’ lifespan in the wild is between 30-40 years. 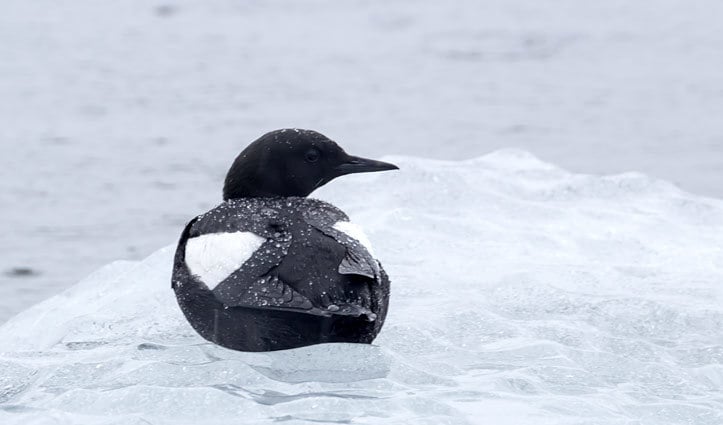 The black guillemot is found in Alaska, Canada, Greenland and northern Europe. They are a medium sized seabird with a black body and red legs and feet. 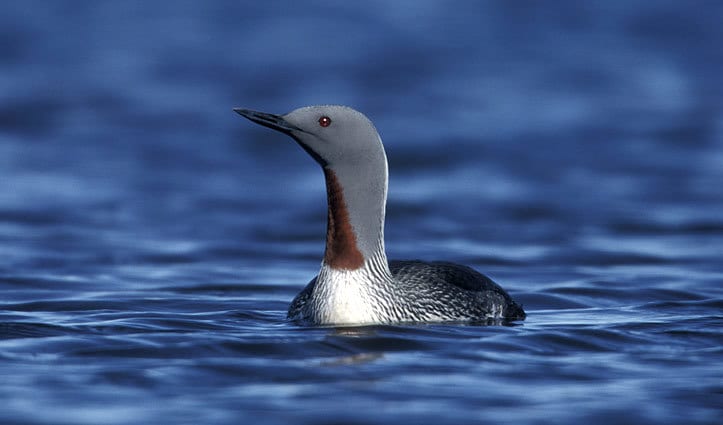 The red throated diver or red throated loon live in flocks that can reach numbers as great at 1200. The large numbers offer protection from predators.

Subscribe to our email newsletter ‘Tailor-made Journeys’ to hear about our latest news, new experiences and all things High Arctic, Antarctica and Latin America.